I go to the hiring hall for poets
but a bouncer at the door demands to see my license.
“What license?” I ask.
Don’t play dumb, he says. No license, no entry.
“But I’m a poet,” I say.
Lemme ask, he says. You got poems in the New Yorker?
“No,” I say.
You got the MFA?
“No.”
You got awards? Prizes?
“Just a bowling trophy,” I say. “How do I get a license?”
You got to take classes, conferences, workshops taught
by Official Poetry Teachers. Then, the license.
So: no hire, I’m illegit.
Oh well. The pay was shit.

I keep the day job. Go around the city. Open mics.
Reciting poems to small groups.
Out loud. For free.
The audiences, they never ask to see a license.
After the reading a few men, always men,
come up to me and say
I don’t really like poetry but I like your stuff.
Always, they call it stuff.
Women say they like it, too, but without
the disclaimer and they don’t call it stuff.
Face it, guys are uncomfortable with poetry.
Me, too.

I find a wise woman. She’s got the MFA,
the publications, the awards.
An Official Licensed Poet if ever there be.
She says, I met that same bouncer.
Everybody meets the bouncer.
She walks with me to the Hiring Hall.
The bouncer blocks the door.
With a quick move, martial art,
she flips the bouncer to the floor.
She says, A poet is a verb, not a noun.
A person writing a poem is a poet.
A person not writing a poem is something else.
You’ll find her poems in anthologies of Great Lit.
She says, By the way, the pay is still shit.

So listen, bouncer: I write stuff, therefore I am.
My license. Now scram. 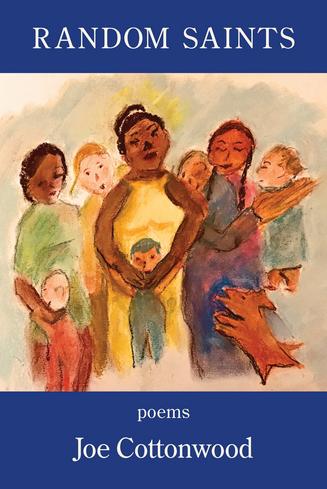 By day, Joe Cottonwood has worked as a carpenter, plumber, and electrician for most of his life. By night, he is the author of nine published novels, three books of poetry, and a memoir. He lives in the coastal mountains of California where he built a house and raised a family under (and at mercy of) giant redwood trees. 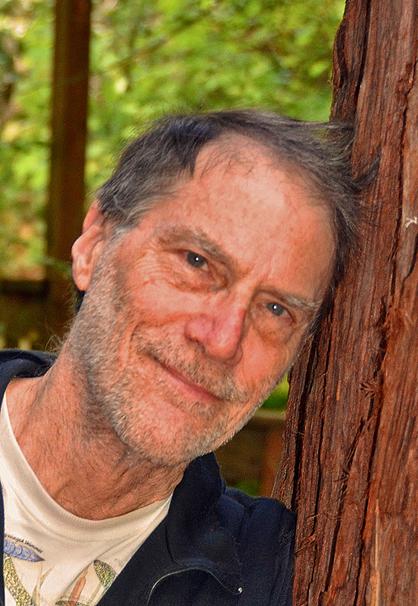